All The Things .... Embraced release day, an excerpt, and a giveaway

It's release day! It's release day! I can't believe it! Just kidding, I can totally believe it. I've been crazy busy planning all this fun stuff. When I wrote Hushed I had no idea this would turn into a series, but here we are. It started with Blake and Tess. Then Jason Parker wouldn't shut up about his story, and Matt and Megan were just to cute and sweet to ignore. And then there's Adam and his girl, Abby. I love Adam so much. He's cocky and he's a smartass. Abby is sassy and independent. Seriously, I can't get enough. So now, the 4th book in the Western Palm series is out there in the world!

I have all the details about Embraced, you know the important stuff. I also have an excerpt and a giveaway. Keeping reading to enter!! 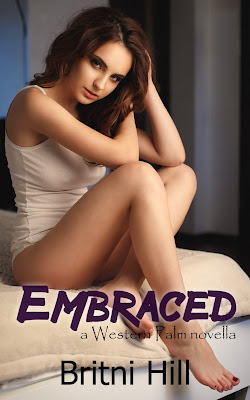 Abby had her world rocked when her parents announced they were separating. Unable to deal, she packed up and transferred schools, heading to Western Palm. Sharing an apartment with her best friend and a roommate makes for close quarters.

Trying to stay upbeat, Abby dons a sexy costume and parties the Halloween night away with her friends. Instant attraction draws her to Adam but she’s not looking for a relationship. Certain he's just like all the others she's dated, she tries to keep her distance. Adam is relentless, constantly proving he’s worth her time.

Spending the holidays with family should be fun, but a surprise waits for Abby on Christmas Eve. Family traditions are turned into a circus and Abby loses all faith in relationships. Can Adam help her gain that confidence back and get her to embrace the way she feels for him?


Blake shoved Adam out the back door and let him loose.He paced and ran his hands through is unruly hair until it fell from its style and brushed against his cheekbones.
“Dude, chill out,” Blake said.
“He fucking touched her,” Adam spit. “I didn’t like it.”
“We got that.” Blake dropped down into a chair on his patio. “Jason’s an ass. We all know it.” Blake ran a hand over his face, rubbing at the stubble on his jaw. “I don’t think he’s in a good place right now. He was goading you. He wanted you to hit him.”
Adam placed both hands on top of his head and resumed his pacing.
“You’re right. I know. I just—fuck.” He shook his head and stopped moving. His eyes landed on Abby and he licked his lips. “Are you all right?”
Blake turned, looking over his shoulder at her. His lips curved up slightly, his amusement obvious. Abby sneered at him before turning her attention back to the concerned man eyeing her from head to toe.
The look on Adam’s face melted her a little. She’d been thinking about laying into him, letting him know she could handle herself, but his eyes bored into hers, stealing that small spark of anger.
“I’m fine,” Abby said softly.
Blake stood. “I’m going to find Tess.”
Neither of them responded.
He headed back into the house, leaving them alone.
Adam stalked her way and pulled her hand gently into his arms. Raising it, he inspected her wrist, seeing for himself she wasn’t injured. It brought a smile to her lips and her behavior toward him over the past few days suddenly weighed on her. He didn’t deserve the blow off she’d given him.
“You were right,” she said, looking up into his eyes. “The party was too much. Any other day, I wouldn’t have frozen when he touched me.”
Adam’s arms came around her again, wrapping her up tight and pulling her against his big body. She took a deep breath, inhaling his cologne. She let herself relax against him.
“Ah, firecracker, I’m glad you see the error of your ways. I’m always right.”
Sweet and cuddly meets cocky.
Her eyes rolled even as she laughed.
Leaning back, she tried to pull away, but his arms tightened around her, so she looked up at him.
“You’re kind of an ass.” His only answer was a smirk.
His eyes flicked down to her lips.
Warmth slid through her chest and down to her stomach, making her all too aware of the way they were pressed together. His chest to hers. His thighs to hers. He leaned in, tilting his head toward her. She knew exactly what he was doing. He was going to kiss her and she wanted him to. Her tongue snaked out, swiping across her bottom lip in anticipation. The hand on her lower back twitched. His eyes heated.
Blood sped through her veins. Adam’s lips brushed hers. Soft and sweet. Barely a taste. Then they were back, pressing against hers gently. He pulled her bottom lip between his, sucking softly, making her gasp. It was the opening he must have been waiting for. When he got it, he took it, sweeping his tongue inside her mouth.
Abby ran her hands up his chest, wrapping one around the back of his neck, pulling him closer. Her lips pressed harder against his. She expected him to give in, to move at her pace. Instead, he matched her, battling for ownership of their kiss.
A hand moved up to cup the side of her neck and he tilted her head just so. Lust and heat and safety swept through her. Never had a kiss been like that. Never had a man known how to handle her when she battled for control. When they broke apart, they were both breathing heavily. Adam rested his forehead against hers, thumb brushing over her cheek in a sweet gesture. But the fire in his gaze and hardness in his pants told her he wasn’t only feeling sweet.
She cleared her throat, trying to break the haze of desire she was under.
“Will you take me home?” she asked softly.
She wasn’t one to run after a confrontation, but going back into the party was the last thing she wanted to do.
Adam nodded without question, like she knew he would, and relief coursed through her.

If you want to check out the rest of the series you can grab the first 3 books in one pretty package! This box set is only available for a limited time. Grab it while you can! 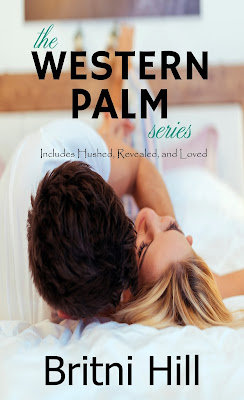 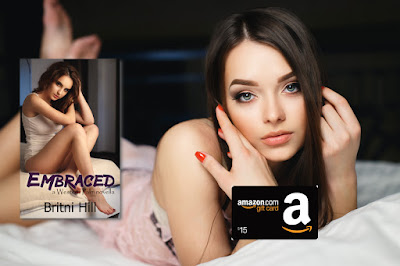 Thank you guys so much! I can't say that enough! Without you all, I couldn't do this. So many people help me get the word out and support me. It gives me all the feels!
xoxo