Meant for Me by LP Dover

After a night of raw passion with the man Claire O’Briene had been secretly admiring for years, she thought their time together had come once and for all. Fate had finally brought them back to each other, but unfortunately nothing had changed. He was still the same man who ran away from relationships. Against his better judgment, Mason Bradley gave in to the temptation and allowed himself one night with the one woman he’d been too afraid to want … too afraid to need.

Six months after leaving Claire and regretting every minute of it, Mason gets called in for an undercover mission that’s not only dangerous, but brings back a past he spent years trying to forget. A past of fighting … of getting in the ring and using his fists to get what he wanted: money, women, and drugs. Now there are fighters turning up dead, and it’s Mason’s job to find out the truth.

Knowing he might not come out of the mission alive, Mason seeks out Claire to tell her how he truly feels, only to find another man competing for her love as well. Fighting is what he’s good at, and for once he will be fighting not only for justice … but for love.

The door to the arena room was open, and the moment we stepped in Claire gasped and I stared, wide-eyed at all the people. "Holy shit," I breathed in awe. "It's packed."

Every single chair around the cage was occupied and there were people standing around everywhere. There were two guys already in the cage battling it out, except they looked to be part of the Lightweight division. When I fought several years ago, I was competing for the Heavyweight title. If they did fights in order of division then I would be going up there last."Hey, guys," Tyler exclaimed, carrying a beer in his hands.

Disapprovingly, I glared at the beer and then back up to him. "You should know better than to get drunk before a fight. It makes you sloppy," I scolded him.

I really didn't care either way what he did, but I knew better than to drink when I had to compete. Tyler chugged his beer and threw his cup in the trash a little too roughly.

"I do know better than to drink when I have to fight, but unfortunately, I'm not fighting tonight," he announced.

"Wait, what?" Claire cut in. "What do you mean you're not fighting? If you're not the one fighting Mason then who is?"

Tyler glanced around the room with narrowed eyes until he found the person I was to fight and pointed to him. "That's the guy over there with the blue mohawk. I think you might know him. He said he owed you for something you did a long time ago. Care to explain," Tyler inquired curiously.

Following the direction of Ty's pointed finger, I groaned when I saw the guy with the blue mohawk. Fuck, I knew who he was, or better yet, I knew his wife ... very well.

"What is it Mason?" Claire asked worriedly. "Who is he?"

His name was Chase Benfield and I did the unthinkable by fucking his wife. Blowing out a frustrated breath, I lowered my head and began to explain, "Do you remember when I mentioned I had a dark past?"

"Yeah," she said, drawling out the word. "Let me guess, you fought him back in the day?"

I nodded. "Yes, but that wasn't just it." I didn't want to tell her what I did because I was ashamed of the way I acted and the way I did things. I was sure she would understand, hopefully, but I didn't want her thinking less of me.

Claire let go of my hand and crossed her arms over her chest defiantly. "Dammit, just tell me already. You did this same shit to me when I was keeping something from you."

"Fine," I gave in, "but I need you to know it was a long time ago and it was before I even met you. I was stupid and did lots of stupid things that I shouldn't have."

She rolled her eyes. "Let me guess, you slept with his girlfriend," she guessed blandly.

Sighing, I regretfully nodded my head and waited for the angry words to come spewing out of her mouth. Instead, she said, "So, what's the big deal? You slept with her. That shit happens all the time. Why would he be angry about that still?"

"Well," I began, "it was actually his wife and I hooked up with her in my prepping room during his fight for a spot at the Heavyweight title. His trainer had come looking for her and found us. Needless to say, word got back to Chase awfully fast."

USA TODAY Bestselling author, L.P. Dover, is the author of the Forever Fae series, as well as the Second Chances standalone series, and her NA romantic suspense standalone called Love, Lies, and Deception. She lives in the beautiful state of North Carolina with her husband, her two wild girls, and her rambunctious kitten Katrina.

Before she began her career in the literary world, L.P. Dover spent her years going to college and then graduated to cleaning teeth, which she loved doing. At least until the characters in her head called her away. She has never been the same since.

Posted by Britni Hill Books at 8:00 AM No comments:
Email ThisBlogThis!Share to TwitterShare to FacebookShare to Pinterest
Labels: Author Guest Spots, New Release 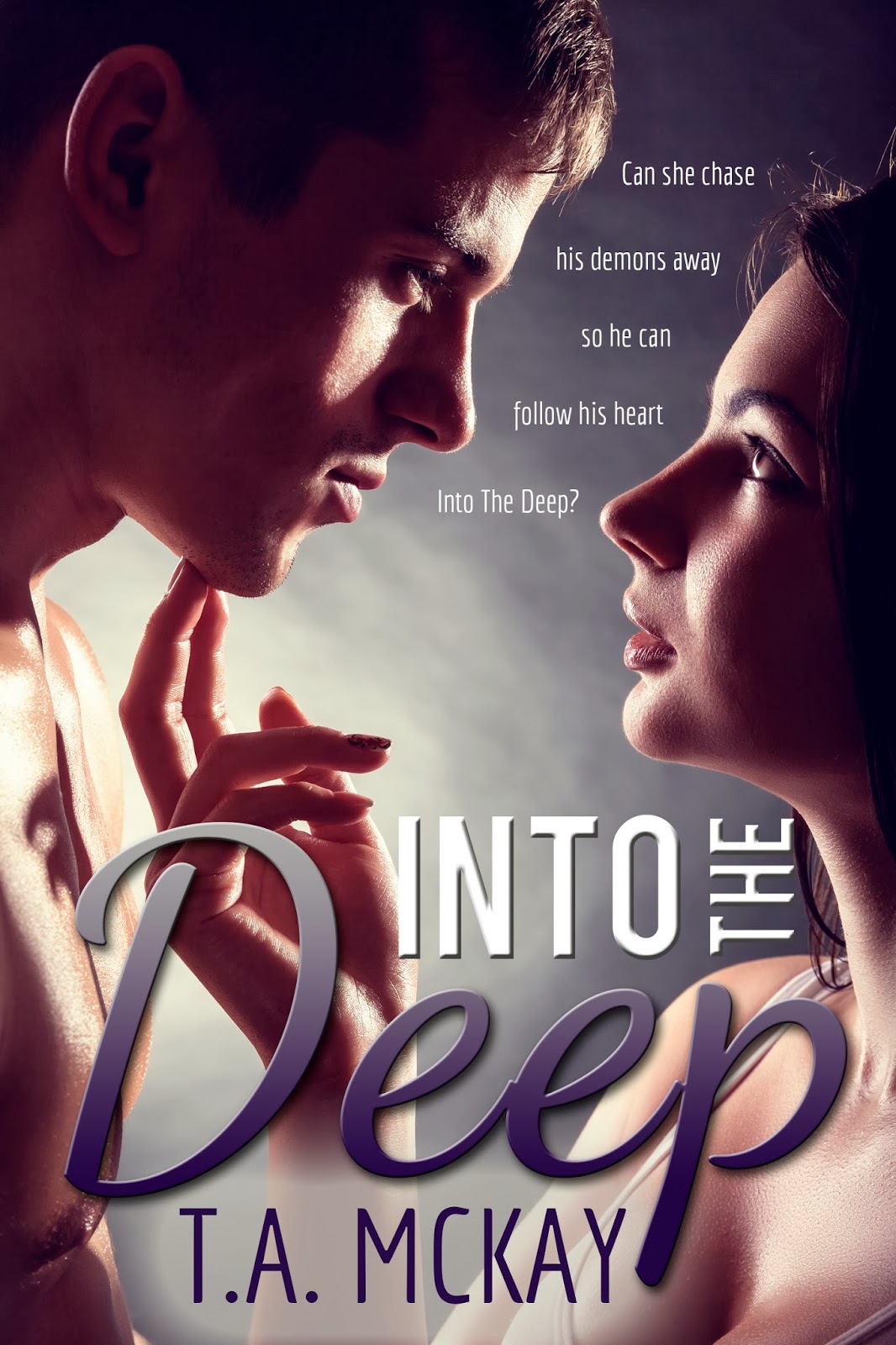 Add on Goodreads
Into the Deep:

Makenzie Pierce knows this better than anyone.

After losing everything that was important to her, her fiancé, job and home, she is about to start her life all over again from nothing. One morning, a chance encounter seems to be changing her luck and at first it seems for the better … but is it?

Rocco Cole also knows only too well how hard life can be. After suffering a tragic accident, one which almost stole his life, his world imploded into a mess of both abuse and pain, leaving him nothing but a deeply broken man.
Vowing to never trust or ever love again, could it really be possible for him to let someone in after only one meeting? Can a simple encounter change everything he ever believed about himself?

Makenzie is drawn to the chemistry between herself and Rocco, but as he continues to pull away from her, without any reason, she has to decide whether he is worth fighting for. Is she the one woman that can make him believe that he is worth something to someone? And can she be that someone?
When she finally uncovers the truth, Mackenzie has to decide if she is the one who can help change the demons that live inside the man that she thinks she can so easily fall in love with.

Life is never easy, but sometimes the things you really want and need can be worth fighting for, even when you have to take a huge leap of faith and follow your heart, Into The Deep. 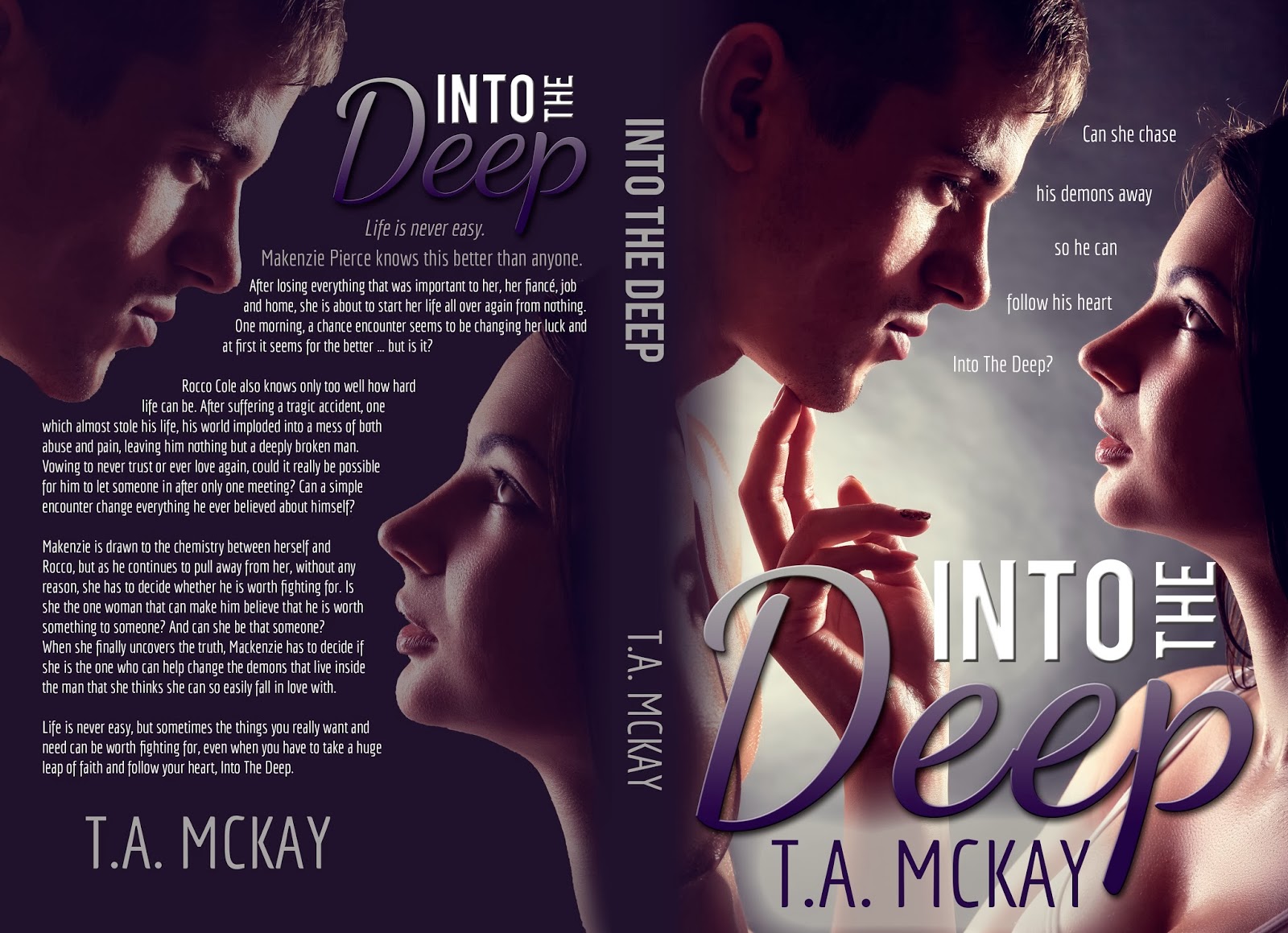 Following a lifelong passion for reading and writing, I am finally writing my first novel, Into The Deep. Wife to a wonderful husband and mother to three amazing and tiring kids. I have been married since 2002 to my best friend and he still makes me laugh….but yes I still want to strangle him sometimes! I am an avid reader, I think there is nothing better than getting curled up in my reading chair with my kindle. To give me a valid excuse for reading so much I also blog with Books, Coffee and Wine. My other passion is music, I have very varied tastes so one minute I can be listening to Hinder and the next I will be listening to Cyndi Lauper. I also love horror movies, the scarier the better…..I will read romance but I just can't do chick flicks!
I live in Scotland, in a small village in the middle of nowhere so reading lets me travel the world, the only way a mother can.  I would love to actually travel the world but I’m not the best at traveling. Flying scares me and boats are a no no…..so I don't go away very often.
I have so many friends who I have met on this amazing journey and they have helped me so much, keeping me right so I don't make any major mistakes and I truly love them for being there. 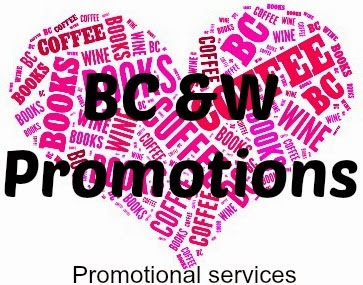