Cover Reveal: Stronger with Him by JA Hensley 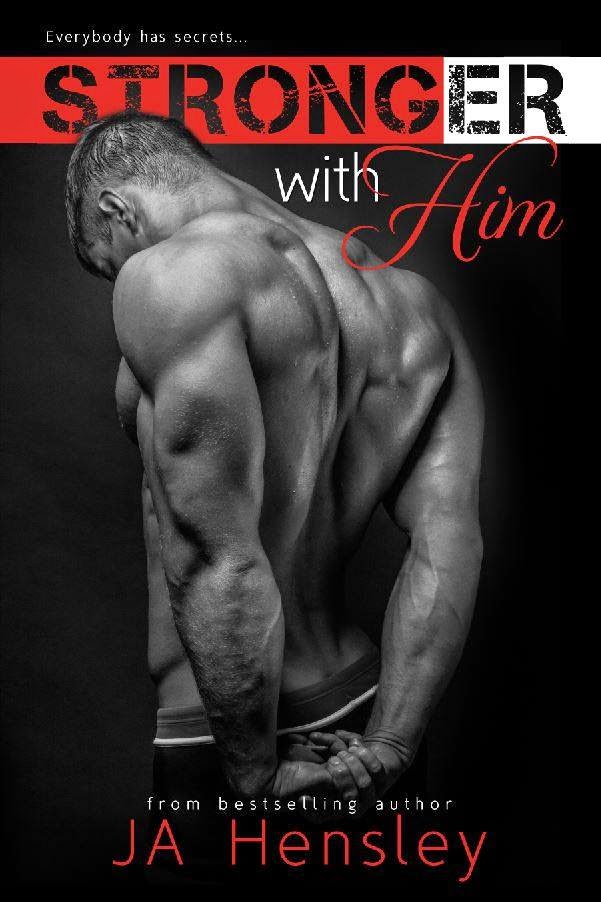 After breaking up with her
abusive boyfriend, graduate student Rebecca Maio wants a man who is the
complete opposite of her ex. When she meets her sexy new neighbor, Becca finds
herself irresistibly drawn to the powerful and compassionate man.

Agent Colin Schaefer's in
town for an investigation and needs to stay focused on his job, but he can't
ignore the beautiful girl next door. For the first time in his life, the elusive
man wants more with a woman, but he can't shake the feeling that Rebecca also needs
his protection.

Is their love strong enough
to survive the secrets they're both bound to uncover? Or will her past and his
job tear them apart?


This novel is intended for
readers 18+ due to explicit and hot sex scenes and adult situations. If you
love these kinds of things, then please, read on!

Add to your TBR
Goodreads https://www.goodreads.com/book/show/22844675-stronger-with-him 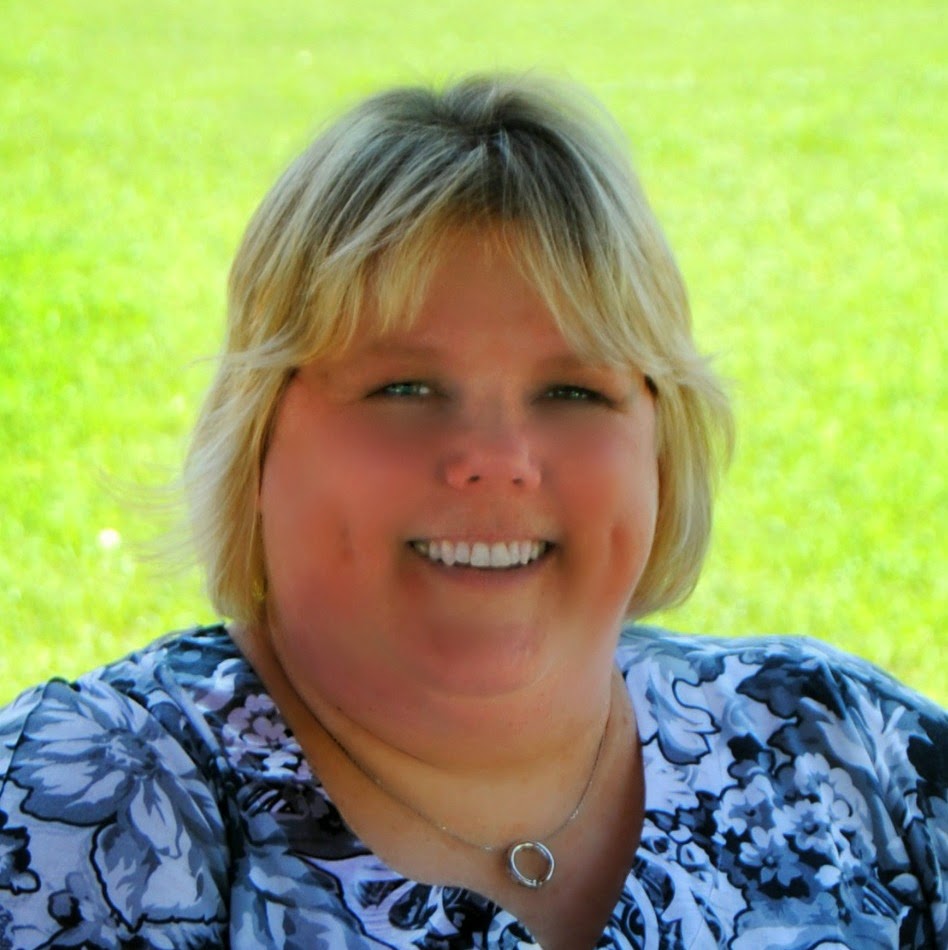 About the Author
J.A. Hensley wrote her first books under the
pen name, Savannah Leigh. Her novel, Wedding Dreams, was named an Amazon Best
Seller. She loves smut of all kinds and is a reader first. J.A. is constantly
working on a new project, whether it's writing or working in her craft room.
She lives in the Midwest with her husband and daughter, and spends her days teaching
college students about social work and human sexuality.

Posted by Britni Hill Books at 9:23 AM No comments:
Email ThisBlogThis!Share to TwitterShare to FacebookShare to Pinterest 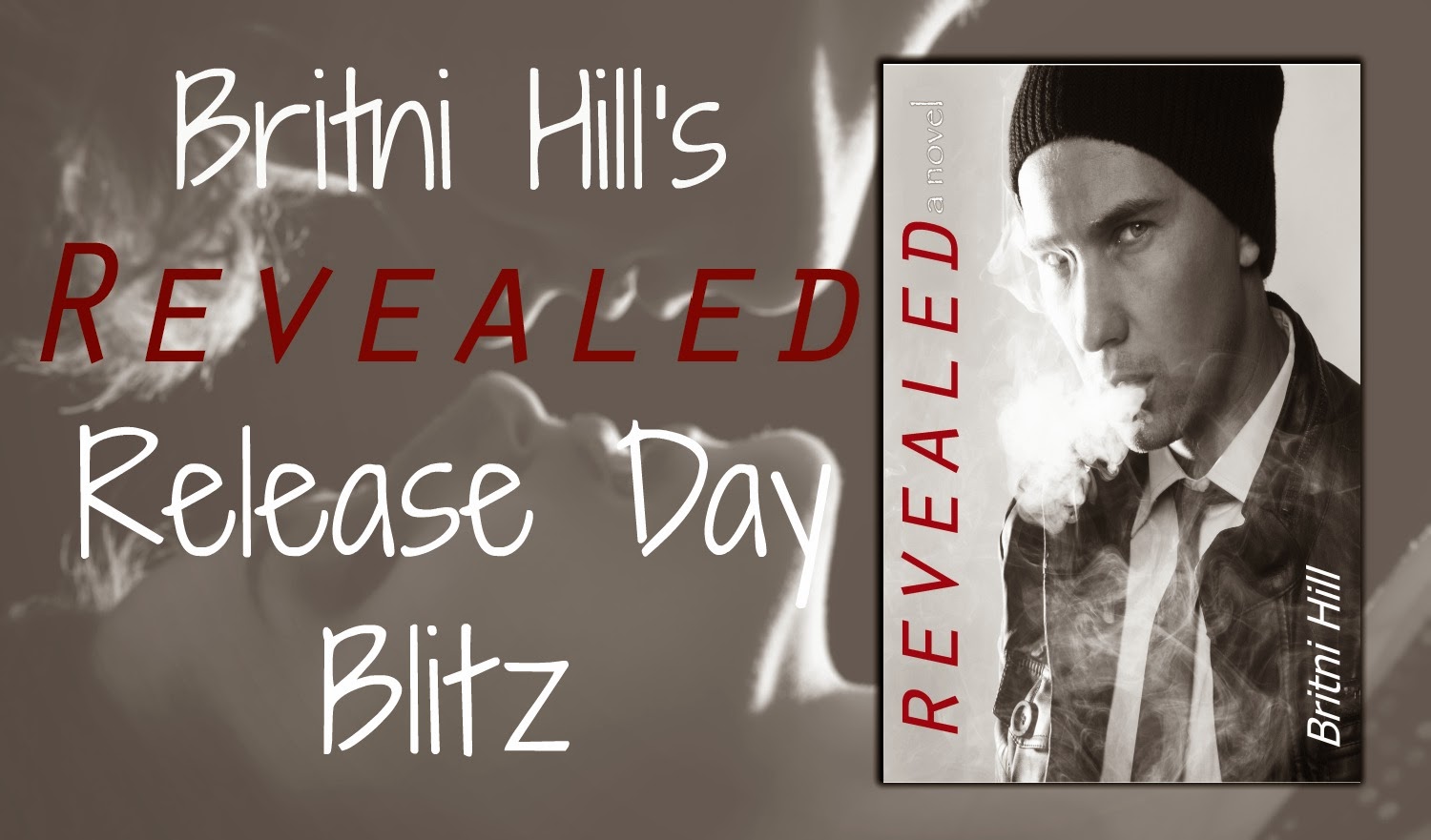 And maybe there's a little of this...

This is a stand-alone novel and can be read before or after Hushed. The books intertwine containing some of the same events and characters. And there's more to come! 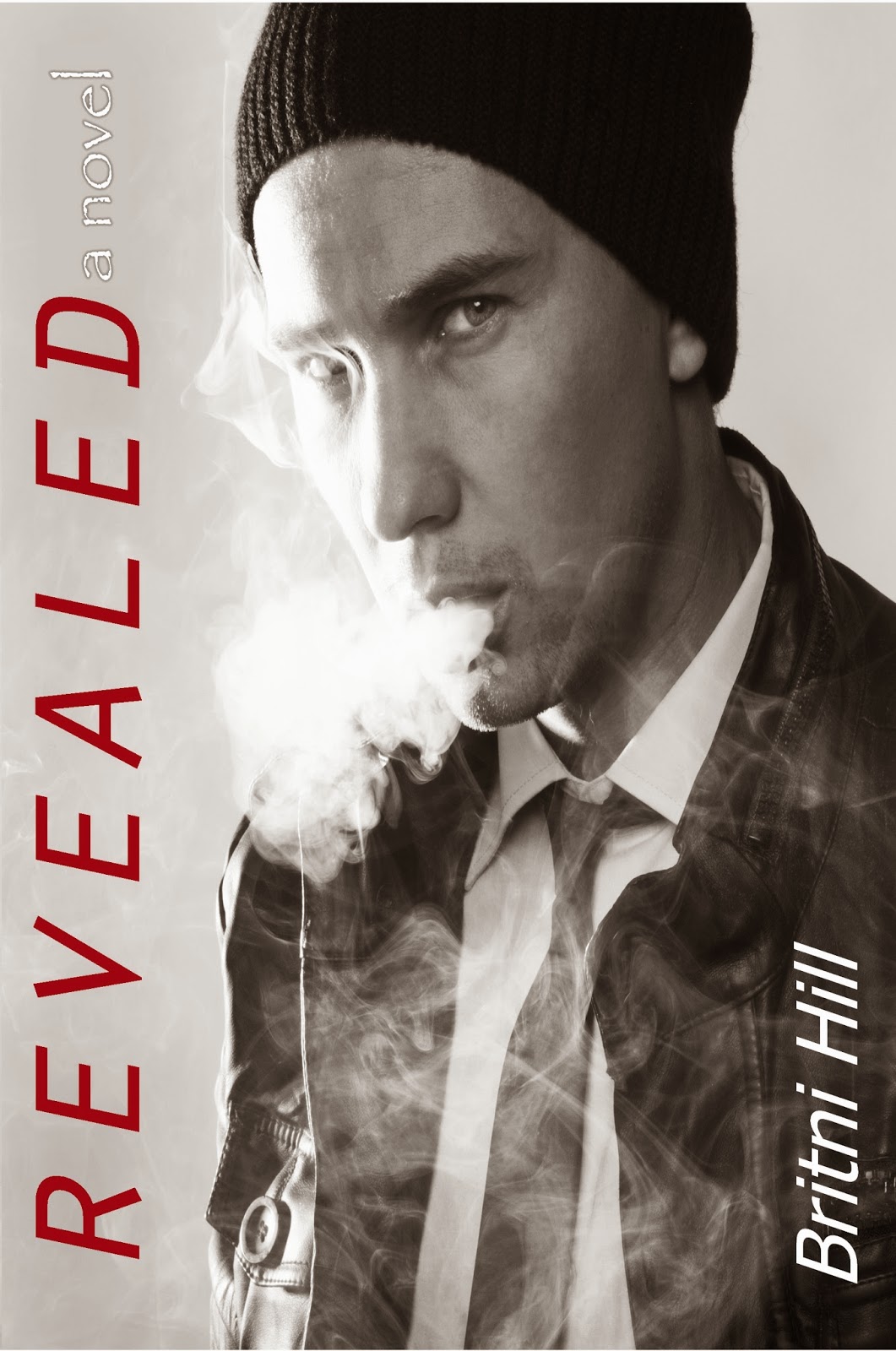 Angry and jealous. That’s the perfect way to describe Jason Parker. After feeling that way for so long Jason’s had enough. He’s starting to hate who he's become and his perfect facade is cracking. Jason’s blaming everyone but himself, he’s lashing out and the only thing that matters is numbing his own pain, doubt, and guilt.

In the aftermath of betraying his step-brother, again, Jason slowly begins to see that no one is perfect and you can’t be alone. He’s pushed his family away and used people, mostly women, to make himself feel better. If people let him walk all over them, why shouldn’t he? That’s always been his attitude but maybe it’s not right.
When his step-brother’s ex-girlfriend shows up, Jason can't deny the pull he feels toward her. His one steamy night with her as a teenager pushed him toward the downward spiral he’s been on. He knows he should keep his distance. But he can’t seem to stay away from the pretty brunette.

Corinne's changed since they were seventeen. She's no longer the spoiled brat out to be arm candy like her mother taught her. She sees something in Jason. Something he desperately wants to believe is real. When she pushes him to be better, he falls for her. His feelings for her are strong and he can’t ignore them forever. Once he gives in he gives it his all. He can only hope everyone is ready to see the real Jason Parker.

Anger, betrayal, jealousy, and love. Jason and Corinne are only letting one shine through. 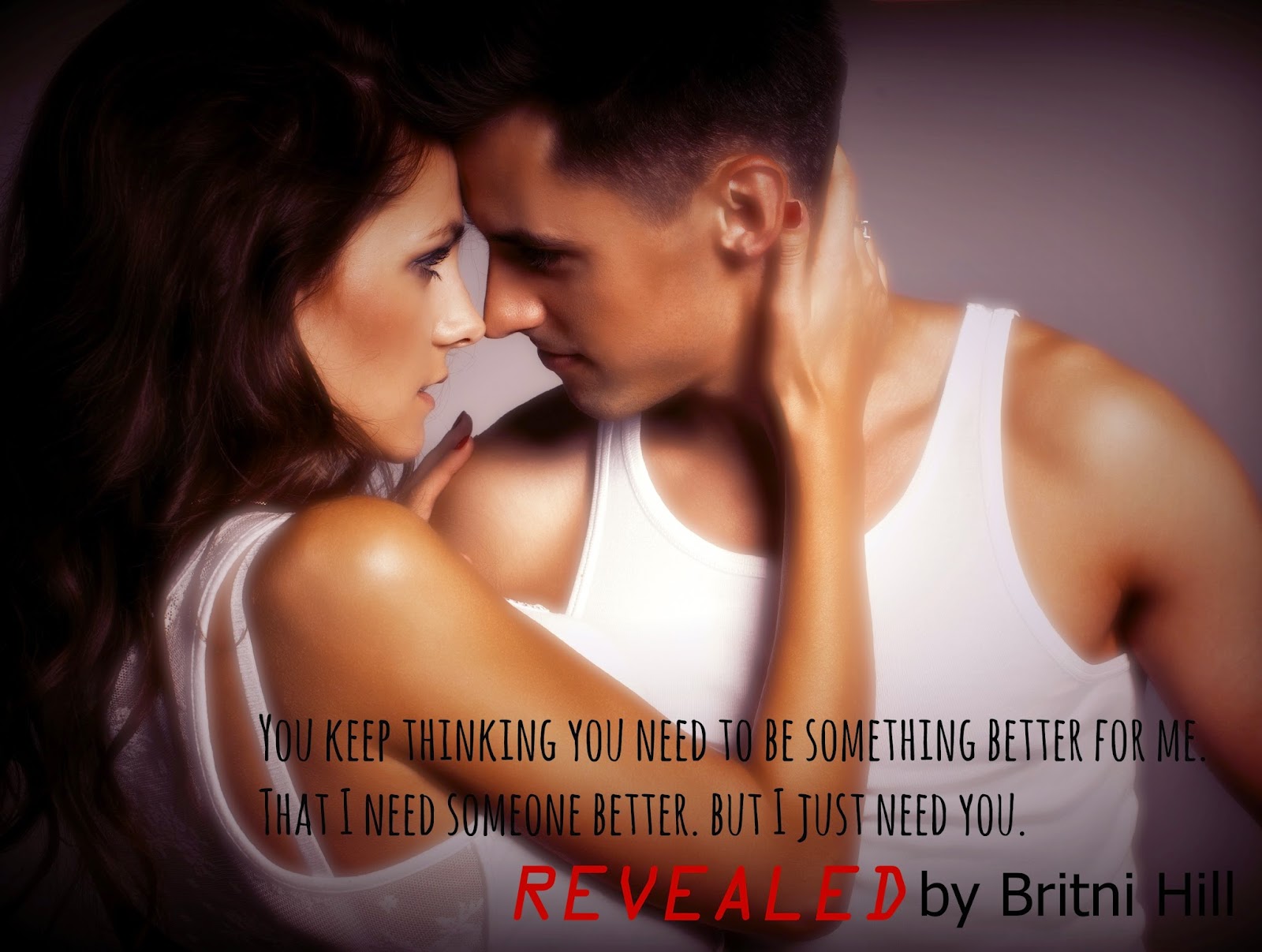 So needless to say I'm ecstatic today. Thank you all for making this life possible!!
Posted by Britni Hill Books at 3:35 PM No comments:
Email ThisBlogThis!Share to TwitterShare to FacebookShare to Pinterest
Labels: New Release, Western Palm

Melt for him by Lauren Blakely

We are so excited to bring the Release Day Launch for Lauren Blakely's MELT FOR HIM! MELT FOR HIM is the first full length novel Lauren's written in the Fighting Fire Series published by Entangled Brazen. Snap up this saucy read today! MELT FOR HIM releases on Sept. 8, and is $2.99 for pre-order and release week, and will then go to $3.99. Hernovella BURN FOR ME is free for a limited time!!

“Why didn’t you tell me you were from here?” he asked, holding his hands out in question.

She furrowed her brow. “What?"

“I had no idea you were Travis’s sister,” he said, and he sounded pissed.

“And I had no idea you were a fireman,” she said, parking her hands on her hips.

He shoved a hand roughly through his hair, shook his head. “And I had no idea you were the photographer. You said you were an artist.”

“I am!” she said, her voice rising. What the hell? “I can draw, and I do tattoos. I also happen to be good at shooting pictures. Besides, you said you were a bar owner,” she pointed out, as if they could both redo this colossal mistake by rehashing the moments they both could have been more honest. “Why didn’t you tell me more about yourself?” she countered.

He didn’t answer. He moved closer, maybe a foot away now. The anger felt like a pulsating life force, but there was something else between them, too. Heat. And want. The nearness was intoxicating. She could reach out and touch his chest. That broad, sturdy chest that she’d loved having her hands all over.

She was edgy now, nervous, as they stood like two sparring partners, tucked away in the back hallway of the coffee shop near the restrooms. She wanted him to touch her again, and she hated that she was still thinking of last night, and how they’d connected so deeply in bed. But also in their conversations all through the night and up to a few minutes ago when they were texting. She was torn between needing to leave and wanting him to pin her against the wall and bury her in kisses that made her weak in the knees.

Too bad she could never do any of those things with him again.

I want to let you all in on a little secret about me. I love hotfiremen. I stare at hot fireman. I slow down when driving past thefire station to try to get a better look at the men inside. Whichmight explain why I wrote a sexy firefighter series! But all oglingand firemen lust aside, not only are firefighters sexy, they are alsobrave, courageous and active in their communities. As I wrote MELT FORHIM, I learned more about the work that volunteer fire departmentsaround the country do -- both in responding to emergencies and inhelping their communities. And because firefighters have given me somuch inspiration, I wanted to be able to give back with this book.
That's why I will be donating half of all my proceeds from thepreorders and release week sales for MELT FOR HIM to the NVFCFirefighter Support Fund that supports the nation's volunteer fire andEMS departments. Together, I believe we can all make a difference andhelp support the men and women who serve our local communities andcome through for us when we need them most!

About MELT FOR HIM:

He knows exactly how to make her burn…

Fire captain and bar owner Becker Thomas usually spends his nights alone, trying to escape painful memories from his past. When he meets a sexy, free-spirited brunette outside his bar, he knows he’s found the perfect way to forget for one night. But when he later discovers the woman he’s itching for another night with is his best friend’s sister, everything comes to a halt.

Just out of a toxic relationship, Megan Jansen is only in Hidden Oaks to visit her brother, photograph the firemen’s calendar, and then slip off to another adventure. The brooding man who gave her the best sex ever is an unexpected surprise. The problem is, he’s her brother’s friend and a fellow fireman, and Megan’s rule is no firemen. She knows she’s going to get burned …but keeping their hands off each other is easier said than done.


50% of all preorders and release week sales will be donated by the author to the National Volunteer Firefighter Support Fund.

And don’t miss the novella in the Fighting Fire Series, BURN FOR ME!

Lauren Blakely writes sexy contemporary romance novels with heat, heart, and humor, and her books have appeared on the New York Times, USA Today, Amazon, Barnes and Noble, and iBooks bestseller lists. Like the heroine in FAR TOO TEMPTING, she thinks life should be filled with family, laughter, and the kind of love that love songs promise. Lauren lives in California with her husband, children, and dogs. Her novels include Caught Up In Us, Pretending He’s Mine, Playing With Her Heart, and Trophy Husband. She also writes for young adults under the name Daisy Whitney.

Posted by Britni Hill Books at 8:43 AM No comments:
Email ThisBlogThis!Share to TwitterShare to FacebookShare to Pinterest
Newer Posts Older Posts Home
Subscribe to: Posts (Atom)