I have to say I'm pretty happy with 2012.  I'm sure there are things I could have done better, but the things I did do were things I never thought I would.  I published my first book!  And I didn't stop there.  I published a second one too!

I can't thank my editor and my publisher, Rebel Ink Press enough for the opportunity I was given.  It truly was a dream come true.  I'm going into 2013 with a positive outlook for my writing career.  I've been asked to be part of Rebel Ink Press's Rebel Elite team and I'm in the company of some great authors.  I know I will continue to grow as a writer and I intend to soak up as much knowledge as I can.  I want to share my stories with everyone and I only hope that will be my next dream come true.

For all my readers and friends, thank you for all your love and support.  Without you all I would't be where I am.  I have a great support system and could't ask for better.

So, thanks again!  And have a great New Year!!
Posted by Britni Hill Books at 8:00 AM No comments:
Email ThisBlogThis!Share to TwitterShare to FacebookShare to Pinterest
Labels: New Year's, Resolutions

Well, for those of you that don't know, I live in Indiana.  We are currently under a blizzard warning.  Never had that happen in my thirty years.  I've endured quite a few snow days though.

I woke up this morning after all this talk of five to twelve inches of snow and forty mile per hour winds to find an inch or so on the ground.  I drag myself awake (I'm not a morning person) and head in to work.  I host at a breakfast place part time.  I make it there no problem.  I grew up where they never plow so a little snow is no big deal.

After working for half and hour I look outside and can barley see.  It's just white.  I get a text from my mom shortly after that telling me not to leave the house...she worries about me.  Too late for that though.  The snow keeps coming down and the wind is pretty crazy.  Then the boyfriend calls and says I should head home and stay there...he worries too...shhh. :)  The owner calls and checks in so some of us go home.  It's not the kind of day for people to be out and about eating breakfast.  I made it home safe and sound.  Now, I'm having a snow day and I have to say even though I say I miss these.  I'm not so sure anymore.  I'm getting a bit restless.

The good news is I've made some progress on my failed NaNoWrMo story.  I did some much needed research on Maya culture and on Belize and Guatemala.  I've been editing a bit so I can get back on track with actually writing the story.  I feel pretty good about it.

Now you say...Maya, Belize, and Guatemala?  What could this story possibly be about?  Well, I don't have a blurb because they are the bane of my writing existence and I haven't written it yet.  I can tell you it's a little Lara Croft (if she were a spoiled rich girl trying to find her missing father) and a little Indiana Jones (if he were a bad boy with tattoos and a soft spot for a certain spoiled rich girl).  I'm having a lot of fun writing this story and I feel it's a little more suspense/mystery than it is romance, but you never know what could happen. ;)

Top Ten Tuesday: Groups/Artists That Inspire Me When I Write 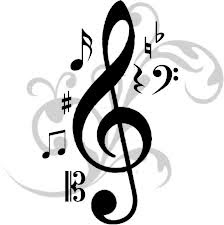 Music is a big factor in my writing.  I have to do something to drown out the sounds of the boyfriend's video games.  I like a lot of different music and it definitely shows in my writing playlists.  Here are some of the groups or artists I listen to the most.

The month started off great and I was really excited.  I spent the first week or two ahead.  It was supposed to be so easy.  Keep writing at the pace I started off at, take a few days for the holiday, and finish early.  Well, it wasn't so simple.

While NaNo was great because it was forcing me to be productive and write every day.  An average of 1,667 words a day are needed to complete NaNo on time.  Like I said I started off with a bang and stayed ahead of that for a while.  Then things started to slow down.  There were days I just stared at the screen and days I barely choked out a couple hundred words.  I fell behind and I realized forcing myself to write when I wasn't in the mood or I lacked inspiration was not productive.  It was counter productive.  I ended up being stuck for longer than normal.

I also don't write linearly.  My stories are hardly ever developed when I start writing.  My characters generally have control over what they do.  I jump around writing scenes I see and then go back and link it all together.  That's how it usually happens anyway.  Every now and then a story flows from beginning to end.  Well, this one didn't.  And I stressed over skipping and coming back to finish up because of the deadline.

Let's talk about grammar and spelling mistakes.  The idea behind NaNo is to write and just write.  You don't edit, you don't worry about plot lines and character development, you just write.  Well, that doesn't work for me.  I can't stand knowing my fingers were flying too fast over the keyboard and I mispelled a word.  I HAVE to go back an fix it.  It's really a problem.  It definitely hindered my NaNo progress.

So, I have to say NaNo wasn't a success but it also wasn't a complete bust.  I got to work with some characters that have been running around in my head for a few years.  And despite no winning I made some great progress.  So keep and eye out for Chloe and Drake and their adventure.
Posted by Britni Hill Books at 12:24 PM No comments:
Email ThisBlogThis!Share to TwitterShare to FacebookShare to Pinterest
Labels: NaNoWrMo
Newer Posts Older Posts Home
Subscribe to: Posts (Atom)